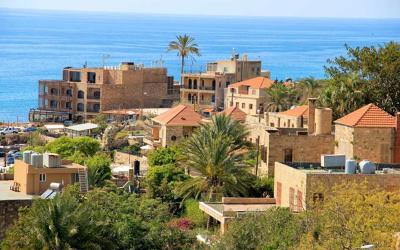 The glamour of “Paris of the Middle East” might have faded due to misfortunate happenings and political instability; but it didn't take long for Lebanon to kick back into full gear with an enticing offer you can’t refuse.

Cultural misperceptions, political instability may have contributed to a major drop in number of medical and leisure tourists to the country.

Luckily, winds of change have brought more medical tourists to Lebanon; thanks to beautiful scenery, renowned hospitality and skilled medical physicians who have revived the country’s reputation for medical excellence.

During the last few years, Lebanon has been developing the concept of medical tourism.

Medical tourism sector is an emerging niche in Lebanon with great potential to be a key for the country’s economic growth.

While plastic surgery Lebanon is one of the most culturally-popular medical treatments; cosmetic dental care is a rising branch in medical service luring more local and international patients.

To that end, the Lebanese government has established solid partnerships between medical facilities, travel agencies and the ministry of tourism. The attractively-priced travel packages lured a new wave of health tourists, especially from the GCC countries.

Health care and hospitalization services are well established in Lebanon and are a vital part of the Lebanese culture.

This is a result of more than one century of cumulated education, training of medical personnel and continuous upgrade of the medical technology.

Many travel agencies are offering medical tourism packages aiming to blend Lebanon’s appealing leisure tourism proposition with the proficiency of its human resources in the medical care sector.

Beirut is convenient tourist location with stunning sceneries and round-the-clock entertainment. The fine addition of the Four Seasons and The Gray Hotel to the country’s hotels opened in 2009 has intensified competition in the luxury segment.

According to Executive Magazine, “This country has 11,000 doctors, the majority of them specialized. It also boasts 141 hospitals, 81 with international accreditation,” says Khalil Malaeb, K&M’s general manager.

“During the last few years there has also been an increase in medical centers specializing in cosmetic procedures,” says Mona Fares, head of the promotion department at the Ministry of Tourism.

Patients from the Gulf region such as Saudis and Kuwaitis are big spenders in Lebanon’s travel and medical tourism industry.

They spend extended vacations in Lebanon, with some of them owning property in the mountains or cities.

“The patients are mostly from the Arab countries, like Kuwait, Saudi Arabia and the UAE,” says Naji Hayek, a surgeon certified by the American Board of Plastic Surgery.

“They are mainly women who want to do nose jobs or liposuction – these procedures cost between $1,000 and $5,000. Also popular are breast augmentation and tummy tucks. These will set the patient back between $2,500 and $7,500.”

“There are no language barriers here, as all our doctors are fluent in Arabic and English, and most also in French and other languages,” says Malaeb. “The hospital personnel are aware and respectful of Middle Eastern customs and culture, unlike in European countries.”