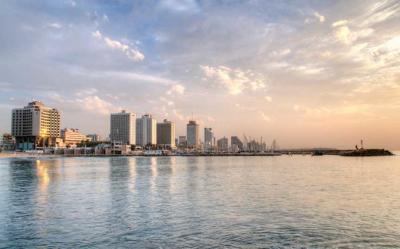 According to global data published last week by the Medical Tourism Association, the most attractive medical tourism destinations in 2014 were Canada, the United Kingdom, Israel, Singapore and Costa Rica.

The analysis among 5,000 Americans was conducted by the International Healthcare Research Center (IHRC). As denoted by the Medical Tourism Index (MTI), medical tourism destinations of Italy, South Korea, Spain, Colombia and Dubai — also earned top spots for the striking appeal of each locality. The MTI measures the attractiveness of a country for its allure to medical tourists along three key dimensions and 34 underlying criteria.

Medical tourism is rapidly increasing in popularity across the globe — appealing to patients with high-quality and affordable treatments in the areas of cosmetic dentistry, plastic surgery, orthopedic surgery, heart surgery, hair loss, infertility and weight loss.

Canada topped the lists for ‘country environment’ and ‘medical tourism costs,’ Costa Rica for ‘destination attractiveness,’ and Israel for its ‘medical facility and services.’

President of the Medical Tourism Association, Renée-Marie Stephano, stated the MTI "makes a significant contribution so far as providing unbiased information about medical tourism across the globe. This information provides not only what patients need to know when planning a medical journey overseas, but serves as a valuable tool for governments, employers and insurance companies, hospitals and doctors, facilitators and related travel and hospitality industries throughout the world."

The Medical Tourism Association is an international nonprofit trade organization for the medical tourism and healthcare industry made up of top international hospitals, healthcare providers, medical travel facilitators, insurance companies, and other affiliates, which is says are committed to promoting the highest level of quality healthcare to patients in a global environment.

While attracting over 60,000 tourists a year, Israel's produces more than NIS 1 billion (nearly $250 million USD) a year in income.

"There is no logic in imposing a series of decrees on a field which contributed, first and foremost, to Israeli patients, to small and medium-sized businesses, to the state's coffer and to its image," Mr. Landau stated.

"This decision will not only fail to put money in the state coffer, but will also lead to the loss of more than one billion shekels a year in income.”

Israel has a strong private health care industry that is increasingly meeting international standards for healthcare.

Medical tourism is a key focus for Israel leading into 2015. Medical providers are busy identifying the pieces of the puzzle that will help drive this medical tourism destination to the top.